Developed from a research bursary offerred by Artsadmin, London for digital media, 'Digital Dystopia' takes as a starting position the virtual mapping of real space utilising gaming technology to explore an expansion of social awareness. Taking as a cue the concept of the outsider in society; the homeless, a single mother's struggle with finances and local architectural history prior to developmental change and the perceived archetype of the gamer, the actual mapping of real objects in a 3D environment was intended to explore the idea of a digital archeology, the boundaries of power with real narratives in a virtual environment, with the added dynamic of a real world exhibition. Working within the online computer game Second Life, with the persona of the nomadic Dreft as avatar and with support from an unknown cast of individuals from around the world, a gallery context was produced as a vehicle for inviting discussing on the merits of community politics on a gaming platform. This discussion was transmitted live 'inworld' with input from the PS1 in New York, a gardener in Tasmania, Australia, a graphic designer in Toronto, and a mid western woman in the US who remained a mystery, and an invited crowd of artists in the gallery, via the beaten up virtual cinema display. 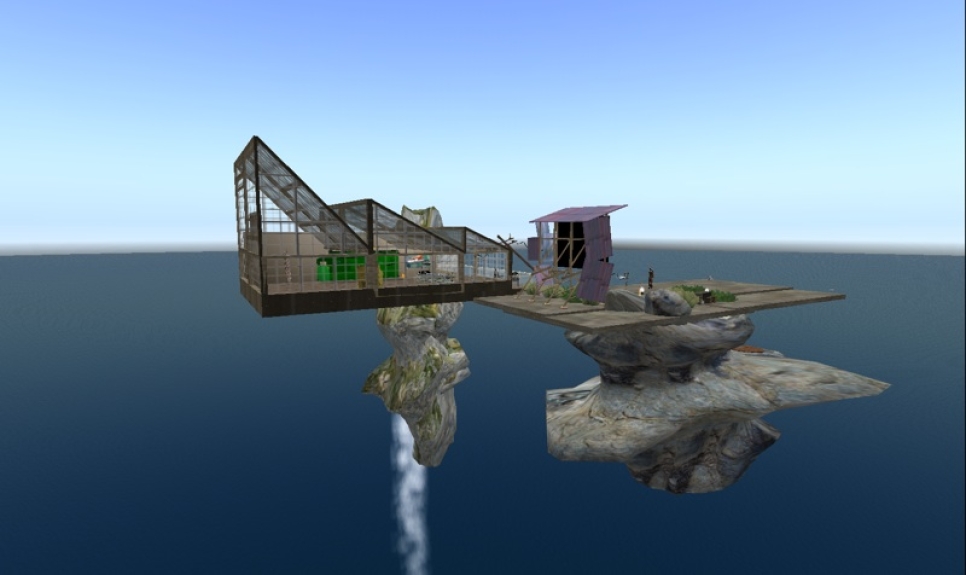